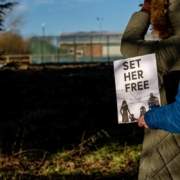 An independent evaluation of the pioneering pilot project delivered by European ATD Network member Action Foundation and funded by the UK Home Office has found it is more humane and significantly less expensive to support  women in vulnerable situations in the community as an alternative to keeping them in detention centres. In this blog, Action Foundation Chief Executive Duncan McAuley summarises the pilot, its aims, and the findings of the evaluation.

In 2018, the UK Government published the Shaw Progress Report, a follow-up to the Review into the Welfare in Detention of Vulnerable Persons produced by Stephen Shaw, former Prisons and Probations Ombudsperson for England and Wales. Amongst other recommendations, the progress review urged the UK Government to “demonstrate much greater energy in its consideration of alternatives to detention.” Shortly after its publication, the Government announced the creation of a Community Engagement pilot (CEP) Series, which set out to test approaches to supporting people to resolve their immigration cases in the community.

Following a successful bid process, Action Foundation – which had played a key role in the advocacy efforts that led to the introduction of the CEP – was granted the contract for the first of the four pilots, and our Alternative to Detention (ATD) project was born. The Action Access pilot ran between 2019 and 2021 and supported 20 women seeking asylum in a community setting in Newcastle-upon-Tyne in the North East of England. With one exception, prior to joining the pilot all of the women had been detained in Yarl’s Wood Immigration Removal Centre.

Upon joining the pilot, the women were provided with shared accommodation, received one-to-one support from Action Foundation staff, and were supported to access legal counselling. Although it wasn’t a requirement of the pilot, the women also benefited from Action Foundation’s broader program of activity such as its free English language classes and weekly community gatherings, facilitating socialisation, signposting and referrals.

The pilot was framed around five pillars of support:

The model was innovative in a number of ways. The combination of a holistic approach to case management with comprehensive legal support, for instance, was integral to the delivery of the pilot and seen to make case resolution more likely. In addition, although there have been other examples of ATD in the UK, including an ongoing project run by Detention Action, Action Access was the first time that such a pilot had been built from a formal civil society-government partnership.  The relationship between many parts of the Home Office and civil society are often tense, and the pilot represented a leap of faith. But we found the experience of working with the Home Office Community Engagement Team a really positive and productive one. There was a genuine collaborative relationship between the Home Office, the UN Refugee Agency (UNHCR) and Action Foundation and this unique partnership demonstrates a model of working that is both dynamic and effective. Importantly, it demonstrates the success possible if the Home Office is willing to replicate this approach in the future.

The findings of the pilot were officially published in late January by UNHCR, who had commissioned the evaluation. The report, entitled Evaluation of the Action Access Pilot, was researched and compiled by Britain’s largest independent social research organisation, the National Centre for Social Research (NatCen). Commenting on the effectiveness of the pilot, NatCen’s report states:

“Our evaluation found qualitative evidence that participants experienced more stability and better health and wellbeing outcomes whilst being supported by Action Access in the community than they had received while in detention. Evidence from this pilot suggests that these outcomes were achievable without decreasing compliance with the immigration system.”

The evaluation said this provided “a more humane and less stressful environment for pilot participants to engage in the legal review and make decisions about their future, compared with immigration detention. Even when those decisions were difficult and participants had no legal case to remain in the UK, the pilot gave the participants space and time to engage with their immigration options.”

The more humane environment was a repeated theme shared with researchers, with one of the participants saying, “In detention, you don’t have this kind of positive atmosphere. You just want to cry. You just want to stop eating. You just want to kill yourself. This is because you are so in trouble there, right. Then, when you come out, it’s like everything is going to be nice again… the atmosphere is very different, and I think you recover yourself.”

The evaluation of Action Access also suggests that keeping people in the community is much less expensive than holding an individual in detention. The report states that the potential savings could be less than half the cost of detention, in line with Action Foundation’s own calculations.

Next steps: Introducing ATD as ‘business as usual’?

While Action Access may have come to an end, Action Foundation continues to work according to the same model: combining one-to-one case management with comprehensive legal advice in order to ensure that people are able to resolve their cases in the community. We continue to believe that this type of community-based support is the best way of supporting people going through the migration system and can be used effectively instead of detention.

As for the UK Government’s next steps, it remains to be seen what will come of the CEP Series in practice. A second pilot is already underway, run by the King’s Arms Project, however there have been no confirmations that the CEP series will continue beyond this.

The seven recommendations made in the Action Access evaluation, all of which the Home Office has accepted, included a call for them to “accelerate the introduction of effective aspects of the ATD programme into the Home Office’s ‘business as usual’ model.” We hope to see progress on this, and the upcoming International Migration Review Forum (IMRF) could be the perfect context to pledge to take action. In the UK as is the case elsewhere, there’s a growing need for a change of direction and a rethinking of the approach to migration management – particularly when it comes to immigration detention. We hope our pilot, and the evidence that has emerged from it, can contribute to those necessary changes.